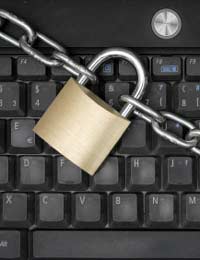 Both individuals and companies may ask for information. Many journalists use this legislation to uncover the facts they need for their articles and news reports.

This law applies to a wide range of organisations, including the following:

Authorities generally have 20 working days in which to respond to a request made of them.

There is no fee for submitting a request. If the authority believes that it will cost them more than £450 to provide an answer (or £600 for central government) then they have the right to refuse.

Enquiries made by individuals about their own personal details will be handled under the Data Protection Act instead, giving the organisation up to 40 days to respond and allowing them to charge a £10 fee.

Various types of information are specified as exemptions, and requests for these need not be fulfilled. Enquiries for information satisfying any of the following criteria, for example, could be exempt:

The general rule is that everything should be disclosed unless there is an overriding public interest in its being kept confidential.

Documents received under the Freedom of Information Act may still be subject to copyright, so the rules governing their reproduction are the same as for those from any other third party.

The Act should not directly compromise the privacy of individuals, since the authorities holding personal records are still obliged to protect them under the terms of the Data Protection Act. However, if a public body does hold data about you, their being subject to requests for information does increase the likelihood of personal information being released to enquirers in error.

However, this legislation could be used by individuals to protect their right to privacy. For example, although the Data Protection Act gives you the right to access the details held about you by a public authority, it does not allow you to assess the manner in which they are stored and processed. You have the right, under the Freedom of Information Act, to ask questions about this, as well as about any other matters of interest concerning how they operate on your behalf.