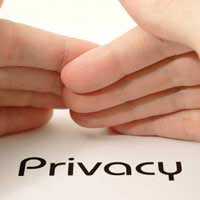 This article discusses privacy as a civil liberty, explaining the difference between civil liberties and human rights, and saying why it can be treated in this way. It concludes by describing why it is important to protect our liberties in general, and our right to privacy in particular.

What Are Civil Liberties?

Civil liberties are fundamental expectations of the general population, and have a long history of protection in British law. Civil rights, by contrast, are a more modern concept, and are generally concerned with the prevention of discrimination against individuals on grounds such as gender, religion or disability.

The European Convention on Human Rights

The European Convention on Human Rights, to which the UK is a signatory, covers civil liberties in addition to human rights. The part of the Convention of interest to us here is Article 8, entitled “Right to respect for private and family life”.

There are two clauses in this article. The first of these covers the general rights one can expect, and the second restricts what public authorities may do in infringing this right. We shall briefly look at each of these in turn.

The first clause states that everyone shall have the right to respect for their private and family lives. It extends this coverage to say that as a general right people shall be assured that others will not be able to intrude into their homes. Finally, people’s correspondence should also be treated as private, so that nobody has the right to open someone else’s mail without permission.

The second and final clause is specifically about “interference by a public authority” with people’s private lives. This is disallowed except in particular circumstances, which are enumerated as follows:

Civil liberties tend to be fundamental rights that have been recognised, cherished and protected for centuries. Privacy is one such civil liberty, and various lobbying organisations work on our behalf to safeguard our right to confidentiality when new legislation is being discussed that could curtail it.

The fact that the UK does not have a written constitution does not diminish the importance of the right to a private life; this remains a yardstick against which new laws must be measured as they are being formulated. In times of crisis, it can be tempting for governments, particularly those with a large majority in parliament, to enact legislation that increases the power of the authorities at the expense of the rights of the population. It is important that people are vigilant, and oppose measures that threaten to erode their civil liberties, including the right to conduct their affairs in private.

The Employers Code of Practice
Share Your Story, Join the Discussion or Seek Advice..
i recently had an disciplinary and the files of it were left in view of all staff I contacted the boss and told him and he said he would remove them in the morning.(I put them in a secret place he told me to put them). when I came in the next day they were still in the same place and it looked like someone had found them as they weren't as I put them. surely this is not on.
petal - 2-Oct-16 @ 12:56 PM
@Kit Kat - it's a difficult one to prove and you would have to prove this in order to have a case.
Ollie - 23-Apr-15 @ 2:46 PM
I have been suspended from my employment along with a colleague.it is alleged that we have made derogatory and offensive comments through Facebook/ messages.the investigation is ongoing.i believe that another colleague has read our private messages either on one of our personal mobile phones or possibly on a work computer.then made the alleged complaint.There also several messages to friends of a highly personal nature who do not work for the company.has my employer breached our privacy,the data protection act and our human/ civil rights?
Kit Kat - 22-Apr-15 @ 2:25 PM
Title:
(never shown)
Firstname:
(never shown)
Surname:
(never shown)
Email:
(never shown)
Nickname:
(shown)
Comment:
Validate: