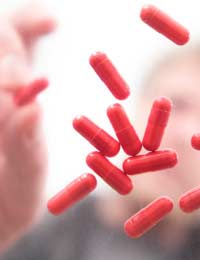 Drug misuse at work is a hard issue for employers and staff to deal with. There are, however, legal obligations and government standards. These let employers know what they can and should not do. They also protect the rights of staff to a degree of privacy.

Three Acts cover the misuse of drugs at work.

The Misuse of Drugs Act 1971 compels employers not to allow the production, supply, or use of drugs on their premises. The exception is the taking of prescription drugs.

The Transport and Works Act 1992 covers drivers and other transport system workers. Any road vehicle driver who is driving, trying to drive, or responsible for a vehicle, must not be under the influence of drugs. The same rule applies to certain workers on trams and railways. By the terms of the Act, employers in the transport industry must take measures to prevent drivers and workers using drugs.

Government advice states that employers should explain the drugs laws to staff. The best way of doing this is by substance misuse policies. These policies should form part of the contracts of employment, or appear in company handbooks.

Employers must consult staff about such policies, and use a helpful tone. In other words, a policy should support staff that are misusing drugs, and not jump straight to disciplinary measures. Nonetheless, a policy must say that the law obliges employers to report drug misuse to the police.

A policy must also cover those staff that are out of control because of drug misuse. In these situations, an employer can take disciplinary action.

An employer may use drug screening as part of a policy. This can cause concern among staff and is not always successful. In the policy, an employer must therefore be clear about the purpose of the screening and what happens to the results.

Staff must consent to a drugs test. Most advisory bodies say that staff should agree to drug testing when a substance misuse policy explains the purpose in reasonable terms.

Once staff consent, employers must restrict the testing. In other words, in a business such as road haulage, employers can test drivers but not admin staff.

Some employers prefer random tests. These employers must have a system, however, to ensure the random nature of the tests. There must be no discrimination against certain staff.

Random or otherwise, employers cannot force anyone to take a drugs test. When there is an agreed policy in place, though, a refusal may lead to disciplinary action.

Conflict may also occur when employers try to search staff for drugs. Substance misuse policies should therefore stress an employee’s right to privacy; explain that only a member of the same sex can carry out a search; and confirm that a witness must be present.

Anyone in dispute with his or her employer over alleged drug misuse can seek advice from Acas (the Advisory, Conciliation and Arbitration service). Advice is free and confidential.
Next Page

Dealing With Internet Pornography in the Workplace

The Use of Private Investigators in the Workplace

Privacy and Staff Appraisals
Share Your Story, Join the Discussion or Seek Advice..
I was dating my supervisors daughter and had been for several years before I was put on his crew, later on in time I figured out that he had given his daughter his work email and password, and she would monitor it to see when I was taking a vacation day, which my (ex) supervisor also would tell his wife that would tell people at the local store. Is this a breach of my confidentiality? Is it on my supervisor or both him and the company?
Woodsnguns - 5-Mar-18 @ 1:36 PM
My employer gave my fit notes to a third party without my consent did she breech my confidentiality
Wifipops - 15-Jan-18 @ 1:39 PM
Title:
(never shown)
Firstname:
(never shown)
Surname:
(never shown)
Email:
(never shown)
Nickname:
(shown)
Comment:
Validate: